Star Citizen‘s eighth birthday is coming up October 10, and to celebrate, Cloud Imperium Games has launched a new alpha build that introduces some big changes to the space game. That’s not all, though – Halloween events have kicked off, and there’s a brand new trailer out for Squadron 42 as well. Let’s dig in, shall we?

The biggest news is Alpha 3.11, which CIG is calling the High Impact update. It introduces three new starter ships, the Origin 100 series. The 100i is specced out for ‘extreme touring,’ and boasts some of the ‘verse’s best fuel efficiency. It has a top speed of 210 m/s, a two SCU cargo capacity, and if things get rough, it’s armed with twin S2 laser cannons. The 125a is more of a dogfighter, sporting a rear-mounted missile rack in addition to the S2 laser cannons. Then there’s the 135c, which sacrifices a bit of speed off the top end in exchange for a roomy six SCU cargo bay.

No matter what you’re flying, you’ll want to review your armaments – update 3.11 also removes several of Star Citizen’s Armistice Zones, meaning you can anticipate more ship-to-ship dust ups around space stations. You’ll notice that security has been beefed up in certain high-traffic areas to anticipate this, so best be ready when you’re taking off on your next interplanetary jaunt.

Here’s a trailer for the High Impact update: 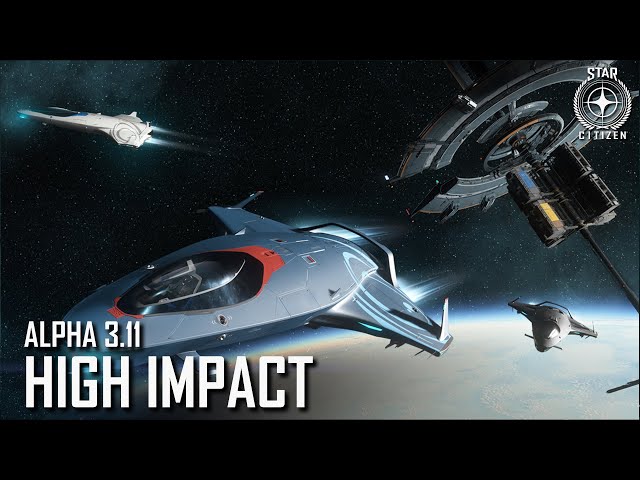 As you can see briefly in the trailer, there are new high-powered weapons and ‘force reactions’ to go with them – hit someone with a powerful blast, and they’ll whirl around from the force of it. Neat.

CIG has also teased a look at Squadron 42’s Aciedo Space Station – you can watch that below. A more in-depth look at the location, along with an update on the game from Chris Roberts, VP of development Brian Chambers, and creative director Nick Elms is scheduled for October 10 at 9:00 PDT / 12:00 EDT / 17:00 BST. 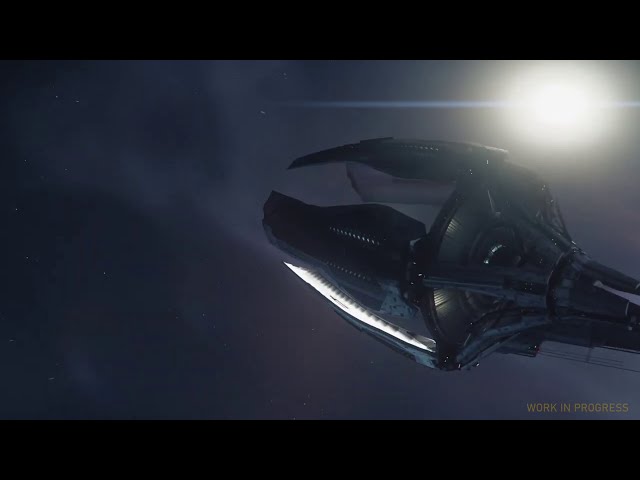 Halloween events have also kicked off in Star Citizen. Now through October 31, you can earn Halloween-themed helmets and apply a ‘Day of the Vara’ paintjob for the Cutlass. There’s also pumpkin-carving and cosplay competitions running in the community to help get into the spooky spirit.

There’s plenty more going on in Star Citizen this month, including a major election. Head to the official site for all the latest details.