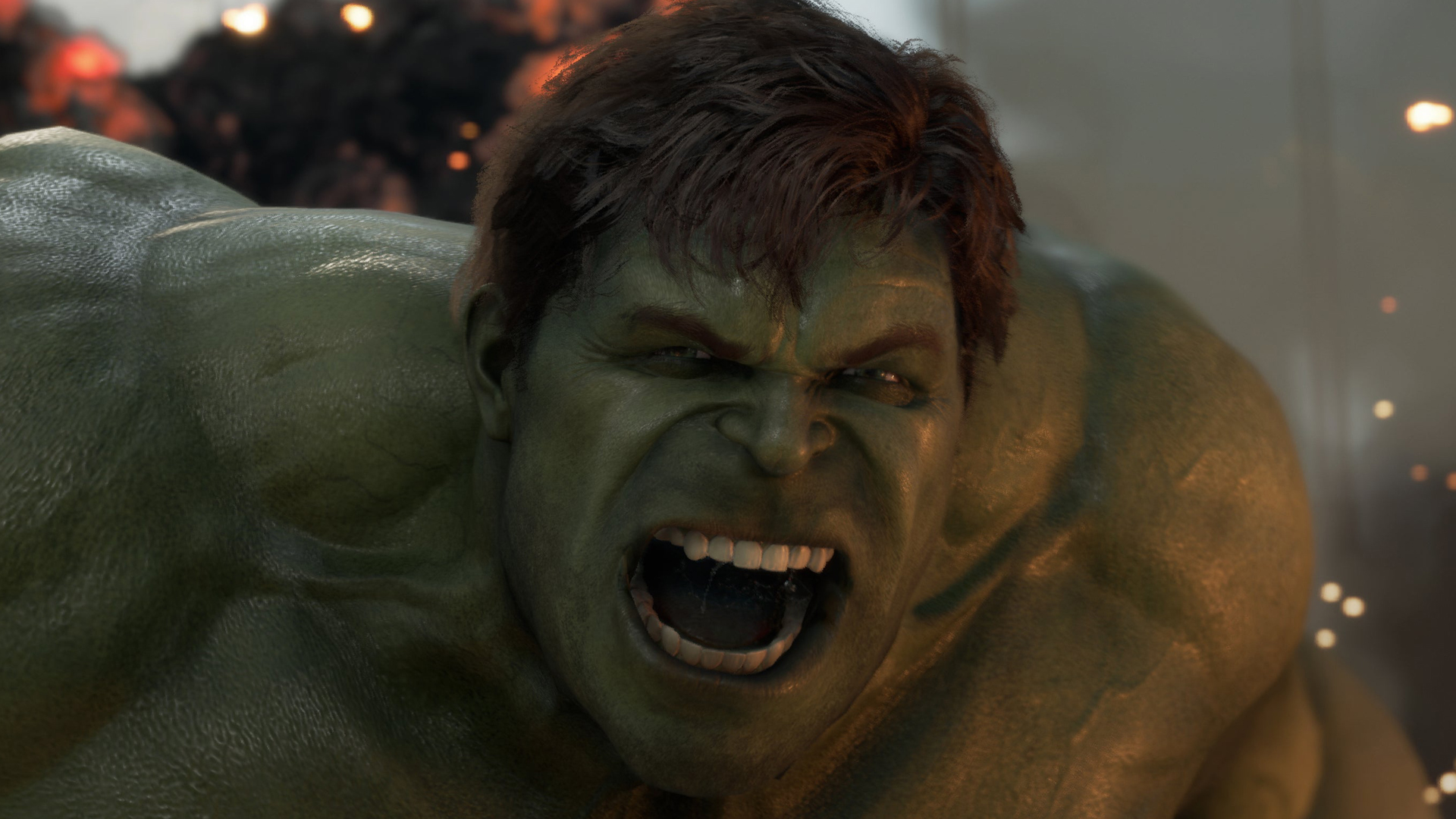 Most live service games, whether they have a phenomenal launch like Fall Guys or a stinker like Anthem, start shedding players. A dip in popularity isn’t necessarily a signal of trouble brewing, but Marvel’s Avengers is starting to feel a bit like a ghost town on PC.

After finishing the extremely entertaining campaign, there is, on the surface, quite a lot to do. There are the iconic missions for each hero, new mission types that you won’t have faced in the campaign, new plots from AIM to foil, and lots and lots of grinding. The new stuff runs out pretty quickly, though, and regardless of the type of mission you’re still just going around smashing robots and AIM goons—it’s losing its lustre.

It’s starting to become hard to find players, too. The number of concurrent players on PC regularly lingers around the 1,000 mark, according to Steam Charts and SteamDB, leaving people sticking to playing with bots. I’d happily play most of the Avengers Initiative portion of the game solo, but missions are a lot smoother when you’ve got a coordinated group.

More heroes and missions are coming, but Crystal Dynamics is yet to offer actual dates. When that does happen, hopefully there will be a resurgence, though I worry that it sounds like it’s going to be staggered, encouraging people to just wait until there’s a heap of new stuff to enjoy.

In a statement sent to Kotaku, studio head Scot Amos detailed some of the impending additions, though he was vague about dates. “In the weeks ahead,” Avengers players will get a new Warzone mission type, Tachyon Rifts, a new outpost—like the helicarrier or Ant-Man’s base—that will serve as a hub for future missions, and a high-level assault on AIM’s cloning lab.

Before launch, Crystal Dynamics unveiled its first two additional heroes, the two Hawkeyes, but a date is yet to be settled on for their arrival. Kate Bishop will appear in Operation: Taking AIM, while Clint Barton will make his debut in a two-part operation, and they’re coming in the “near future,” according to Amos.

Two Hawkeyes is a pretty good reason to return, and there’s also the promise of new villains and more story stuff, two of the things Avengers Initiative is seriously lacking. It’s a shame we still don’t have a clearer picture of when this is all coming, but launching and maintaining a new live service game while also getting used to working from home no doubt makes for less predictable development timelines.

“We’re confident that we’ll see PC players (as well as those on Xbox One and PlayStation 4) return to the game,” Amos told Kotaku, “as we add exciting new late-game content and demonstrate that we continue to be focused on improving the game.”

Crystal Dynamics is planning on sharing more details on what’s coming in a blog that’s due next week, as well as “community communication initiatives” that will apparently provide players with more ways to get information.

What's in the latest Chrome update? Check for hacked passwords on mobile