You’ve all heard that satisfying sound when a Trophy pops up on the corner of your screen. There’s the sense of accomplishment when that ultra-rare Platinum trophy is unlocked after hours of pursuing. Trophies were first introduced on PlayStation 3, and have been an integral part of the PlayStation gaming experience. Today, we’re excited to announce we’re bringing some enhancements to the Trophy system.

We’ve implemented a new Trophies level calculation system that is more optimized and rewarding. Players will progress quicker through the early levels, and levels will increase more consistently. Platinum trophies will count more toward your level progression, making them even more valuable. 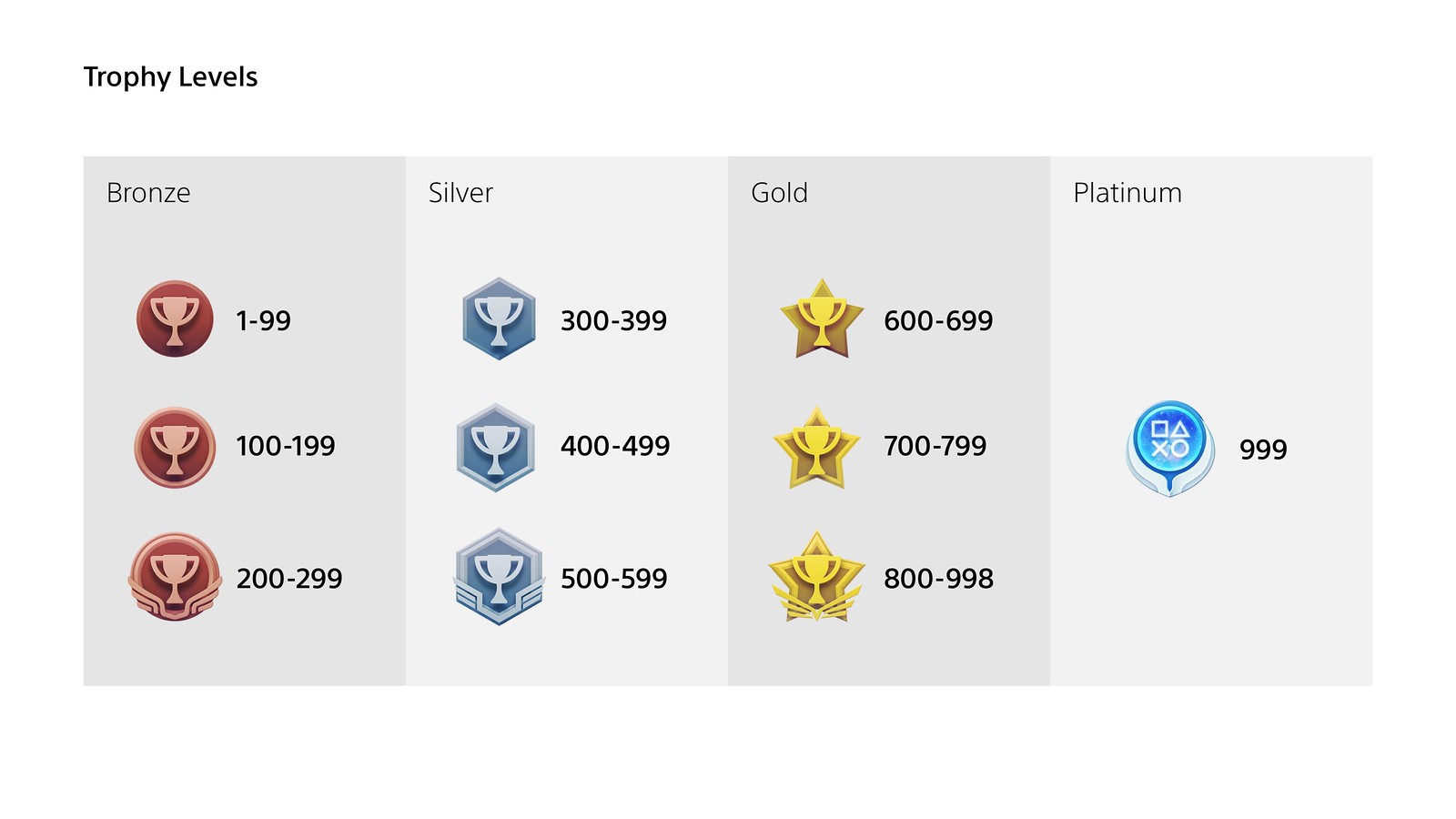 With an expanded level range, we’re also updating the trophy level icon on PlayStation 5, as well as PlayStation App at a later date. Currently the Trophies icon is just a single gold star, but we’re adding a few variants:

The icons will also have a subtle distinction to visually suggest how close you are to the next level.

Lastly, just for clarity, Trophies that you’ve earned on previous PlayStation systems will come with you to PlayStation 5, just as they have in previous generation transitions. The new Trophy levels will be reflected in all locations that Trophy levels are shown, including past systems, PS App and My PlayStation.

All of these updates will be automatically implemented on the system side, starting later tonight (North America) / tomorrow (Europe).

We’re committed to offering an even better experience for our fans as we head into the next generation of gaming. We can’t wait for everyone to start racking up trophies in all the amazing upcoming games that are launching on PS4 and PS5!

An up-close and personal look at the console hardware : gadgets